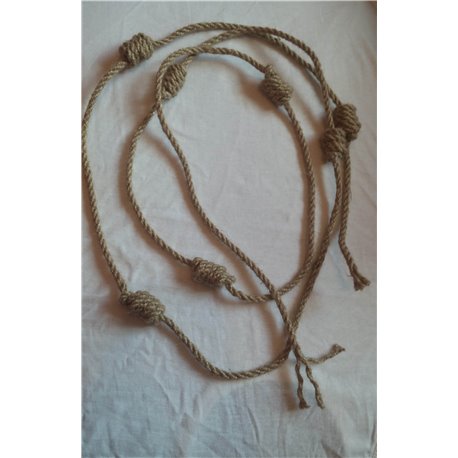 Cingulum made from flax fiber of various length.

Notify me when available

Cingulum is a belt or thick rope with tassels on both ends, used by the clergy and ministers in Christian churches, as part of liturgical vestments. Used to be tied at the waist alb or habit. Cingulum use is not mandatory, when Alba is sewn so that it adheres to the body without this bar.

The name derives from the Latin word Cingulum, meaning soldier's or clerical belt.

In the Byzantine rites and related services, presbyters and bishops are tied to a decorative belt after assuming sticharionu (corresponding to the Roman robes Albian) and epitrachelionu (stole to the east mostly sewn on the inside).